Berlin – the nerve centre of the dreaded Nazi ideology less than a hundred years ago – is a city that has gracefully accepted all the past guilt of the genocides and of “The Final Solution” committed by a few in the name of the German people. But we will come to that later.

Our Lufthansa flight from Frankfurt provided a small lesson on our public behaviour towards an unanticipated event. The electronic screen displaying details of hundreds of flights tersely said ours was “cancelled” (not delayed). For a bustling airport of this size, a few cancellations are no big deal. But for us, the big deal was there were no explanations, apologies or instructions. There was no scope for raising voices or making any protests or of creating a scene. Surprisingly there was no scrambling or confusion either. “Move along and find your way” was a clear enough message. And we did. After a delay of three hours and an expectedly packed flight, the German brusqueness was once again evident as each passenger was a handed a chocolate biscuit at the door itself and directed to his/her seat; No forced courtesy, no plastic smiles and no further service. 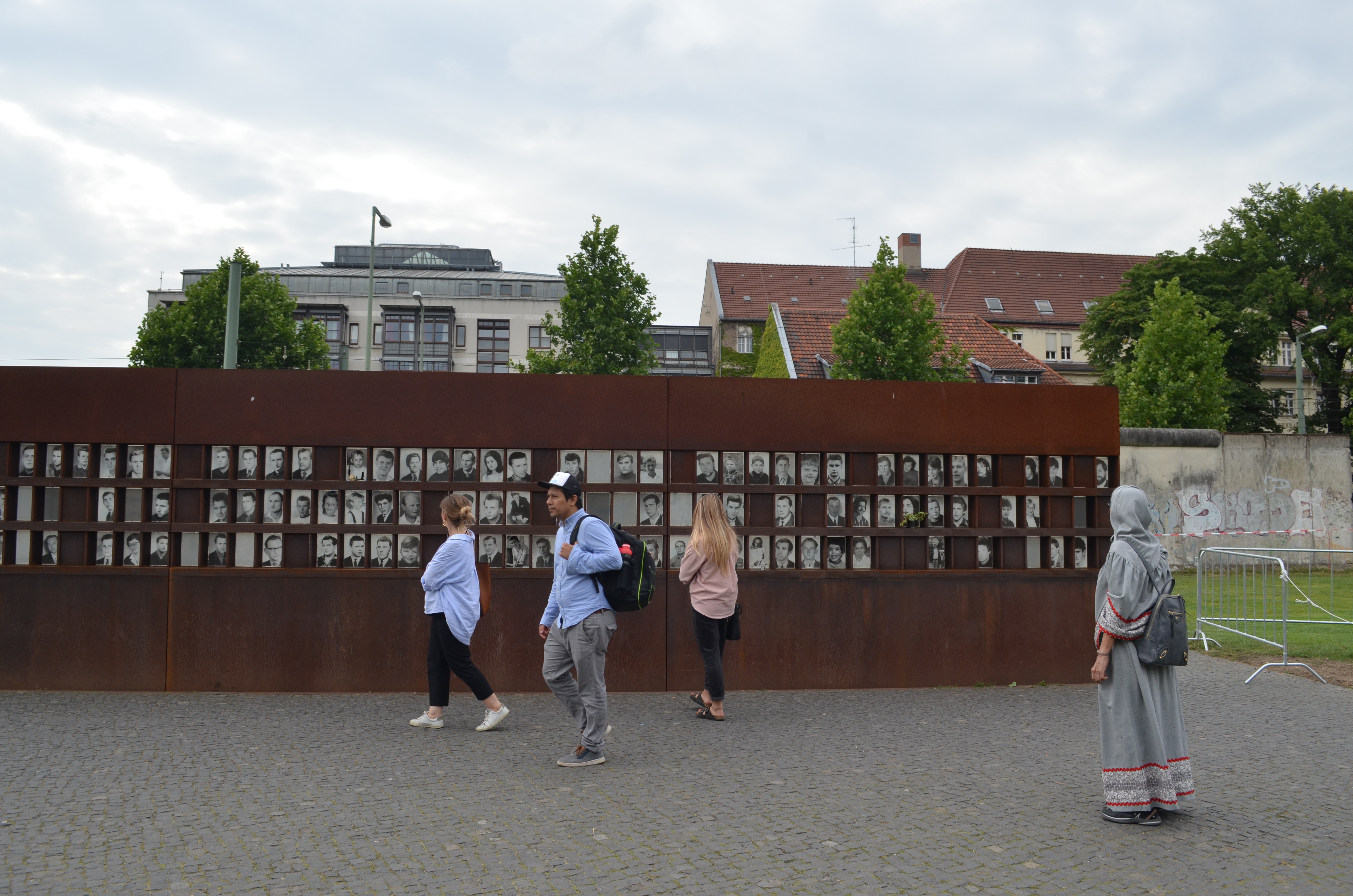 The Germans certainly don’t waste energy on fake sentiments or on false pretence at warmth.

Tegel, Berlin’s International airport, is designed for speedy clearance. The moment you are out of the aerobridge, you are abruptly in the baggage carousel area; Immigration counters are tucked away out of sight, as most clearances happen at the first port of call. A few more steps and you are in a long arrival hall; a few more and you are out of the terminal building. There are so many unmanned exits, you can leave from anywhere. Used to being watched and monitored, it felt like escaping.

More than seventy years after being nearly razed to the ground by Allied bombings towards the end of WWII and just under thirty after bringing down that infamous Wall, Berlin has cleansed itself of its notoriety and exorcised its ghosts by locking them away in museums and giving them absolutely no space in its recent history. But…….

What can you say about a City, whose very name, not so long ago would have sent tremors of fear through all the major capitals of the World?

What can you say about a City, whose arrogant and hegemonic rulers wrought untold miseries upon the World and brought cataclysmic disaster upon themselves?

What can you say about a City that was a literally an island embedded in a hostile neighbouring country (GDR)?

What can you say about a City, when that hostile neighbour unilaterally decides to encircle it and choke it off with concrete walls, barbed wire fencing and fully armed watchtowers, in a desperate attempt to plug what was famously becoming “the Berlin immigration loop”?

Words are inadequate tools to describe modern-day Berlin. The only thing we can do is to courtesy before it with deep respect and admiration. Berlin has kept our faith alive in the goodness of the human spirit. 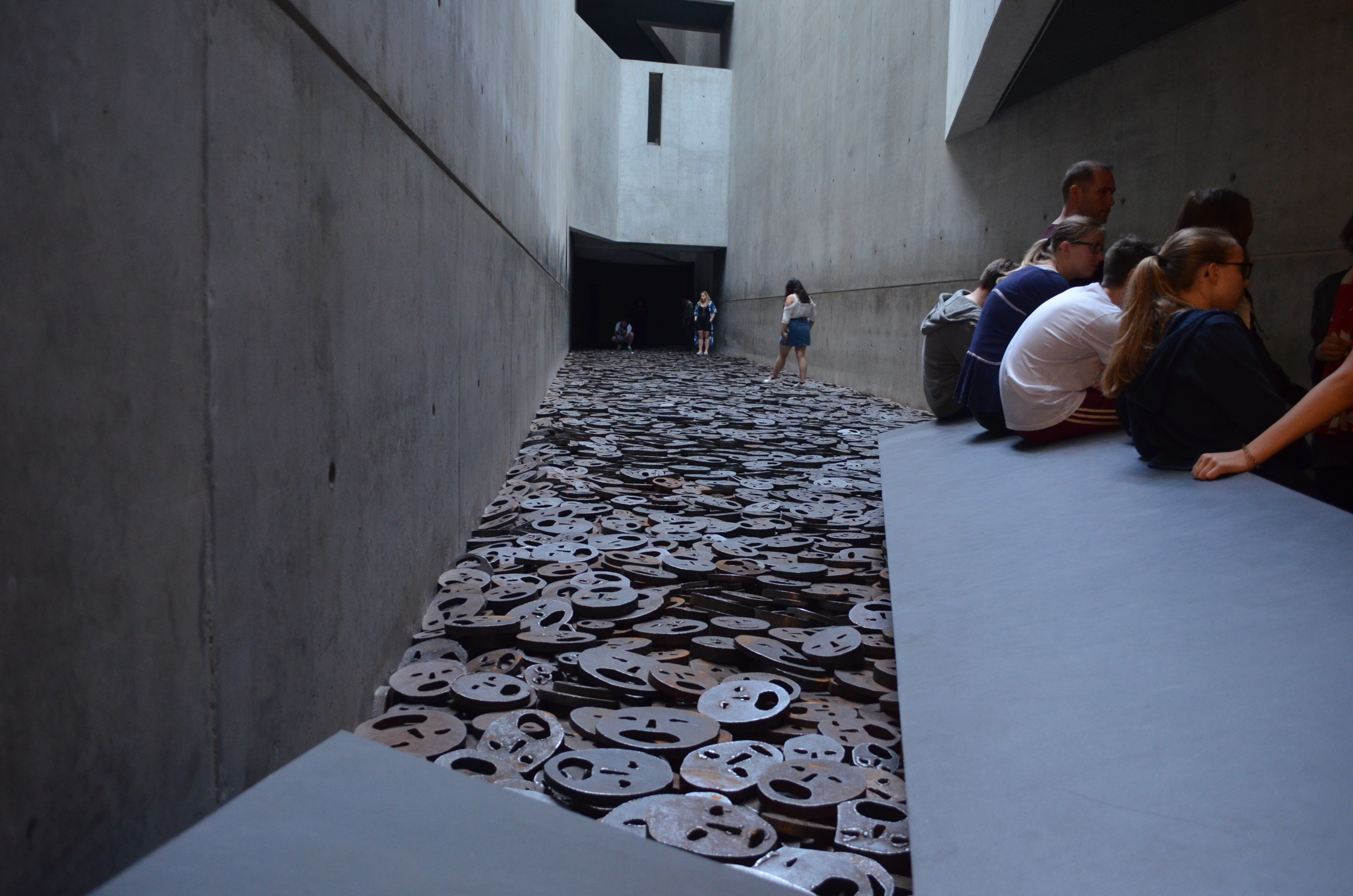 For the sightseeing tourist, there is no escaping the shadows of Berlin’s recent past. The Holocaust Museum, Memorial to the murdered Jews, Checkpoint Charlie, East Side Gallery, Berlin Wall – all convey detailed images of WW2, the period of the Cold War and of the Iron Curtain. At the same time, historic villains like Hitler, Himmler, Goebbels, Goring, Bormann, Ribbentrop, Speer and a whole lot of others have conscientiously been kept out; no roads named after them, no monuments to show they ever existed, no public references anywhere to arouse rabid curiosity. Seeds of xenophobia must never be allowed to sprout.

But if this sounds like a dour and morbid list of places to visit, then Berlin has successfully leapfrogged over this dark patch of its history to celebrate earlier periods – those of Kaiser Wilhelm II, Otto Bismarck and even going as far back as Emperor Fredrick II.

The Brandenburg Gate and the adjacent magnificent Tiergarten are pivots around which the entire city revolves; making it easy for tourists to orient themselves. The riverfronts along the Spree are perfect lessons for Urban Design studios – to create an asset that can be enjoyed by all according to their own fancies; walking, jogging, cycling,skateboarding, Segwaying, picnicking, displaying and improving personal skills. Their public Plazas – Potsdamerplatz, Alexanderplatz – are equally, if not more so, spaces where the locals have the opportunity to realise their full potential, (a common factor that I suppose can be said for any First World city). 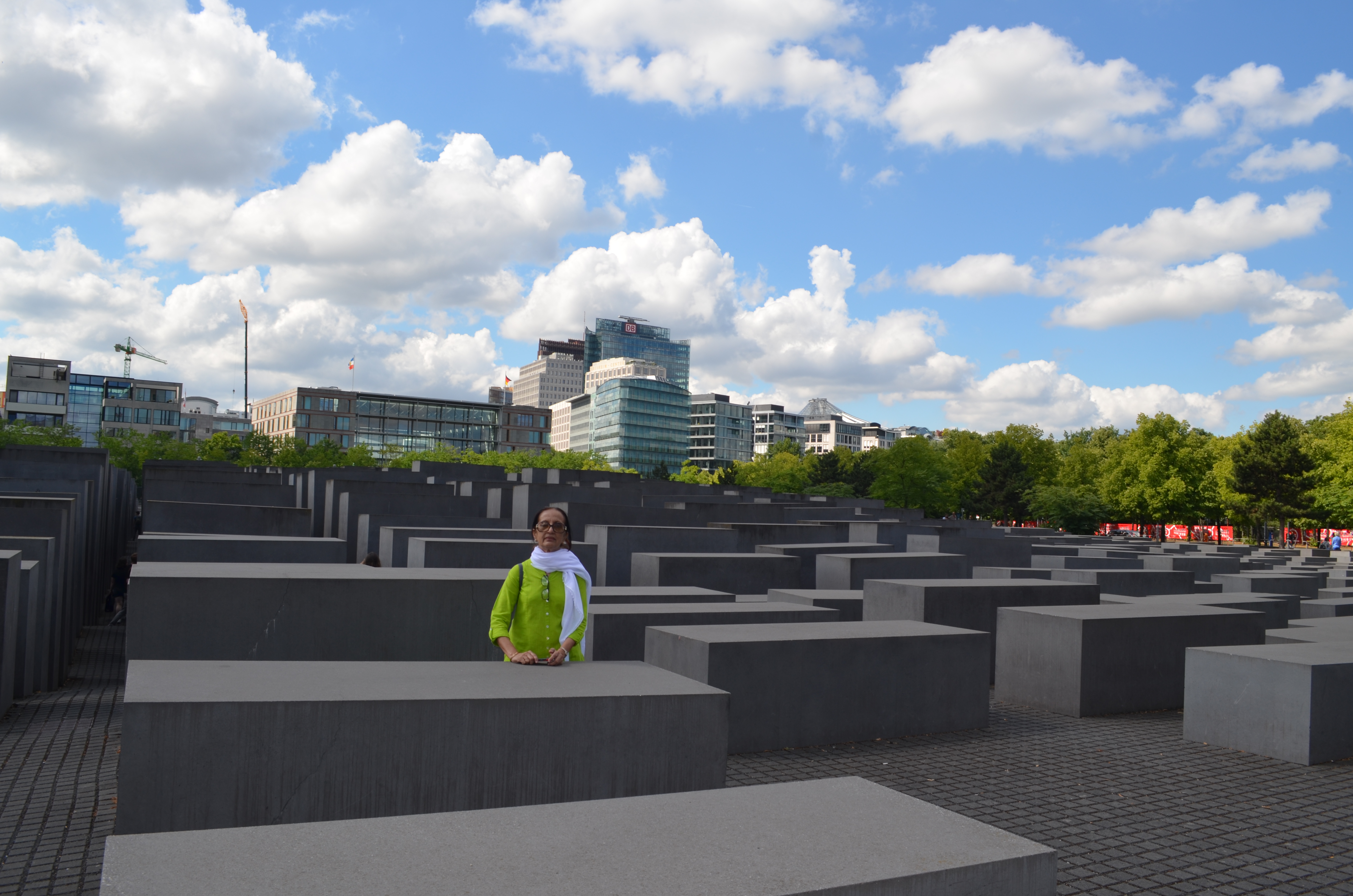 With the burgeoning usage of Airbnbs, tourists are now free to decide where they would prefer to stay. And with apps like “Moovit, Uber, Translator, Google maps” and a 4G connection on the mobile, one is good to go. Anywhere.

The modern-day tourist has truly arrived. He has been liberated from the need to lug around heavy, expensive and fragile cameras; from carrying huge maps that refuse to be folded back, that you can’t zoom into and that you can only refer to under protected conditions. He doesn’t have to look out for a friendly face to stop and ask for directions or get jittery about where to eat in a strange city to match both his taste and his pocket. He doesn’t need to be over cautious about carrying excessive cash or lose sleep about encashing Travellers’ cheques. With only his smart mobile phone (or tab) to safeguard, the present day tourist has truly become a representative of our times – an unencumbered traveller.

If a Conservationist or an Architectural historian were asked to rank buildings that have altered the course of world events, then surely the German Reichstag (parliament) building would be right there at the top.

On 27th February 1933, the Reichstag building was burned down. Hitler used this tragedy to his advantage by falsely and vociferously portraying the Communists as being responsible for the arson attack, although it was never proved who the actual perpetrators were. In a jingoistic appeal to the President, he got the Communist Party banned as a political entity across the land, giving the Nazi Party the majority, it required to form the next Government. The rest, as they say, is history. But for the fire at the Reichstag, the story of the world would have been different.

The building remained a burnt out shell for nearly 30 years, when the capital of a divided Germany, into FRG / GDR, was transferred to BONN. The structure was finally restored to its original magnificence in 1964. With the fall of the Berlin Wall in 1989, German reunification became possible a year later. In a nationwide referendum, Berlin was revoted as the capital of a reunified Germany in 1999. In preparation for this shift from Bonn, the Reichstag building was crowned with a stunning new glass cupola – a symbol of transparency of the Government in power. A visit here, only after a free online registration, is definitely one of Berlin’s highlights. 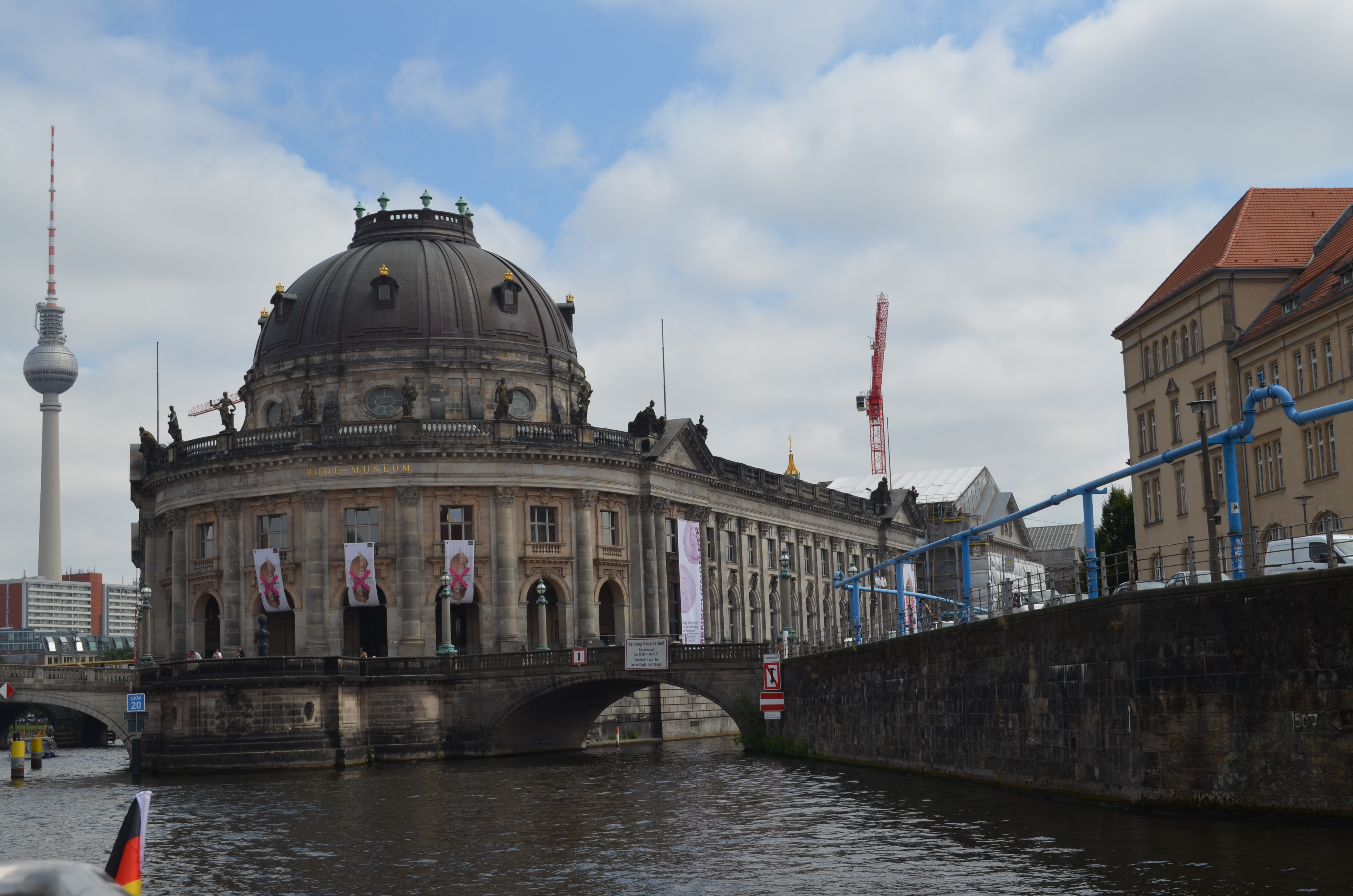 Here is a city that lay in ruins and was almost bombed out of existence about 80 years ago; its Government in tatters, its population decimated, its wealth destroyed, its landmarks flattened. Whosoever have restored the city back to its original state, have done such a brilliant job, it is impossible to point out the difference. A heartbreaking thought comes to mind. Here is a city that has risen like the proverbial Phoenix, from the ashes. Whereas, back here at home, we strain and struggle to put even one heritage building back on its feet. We have created a system where the public voice on heritage issues is never heard and the concerned NGOs are as toothless as senile octogenarians; chewing away for all they are worth, with nothing in their mouths. 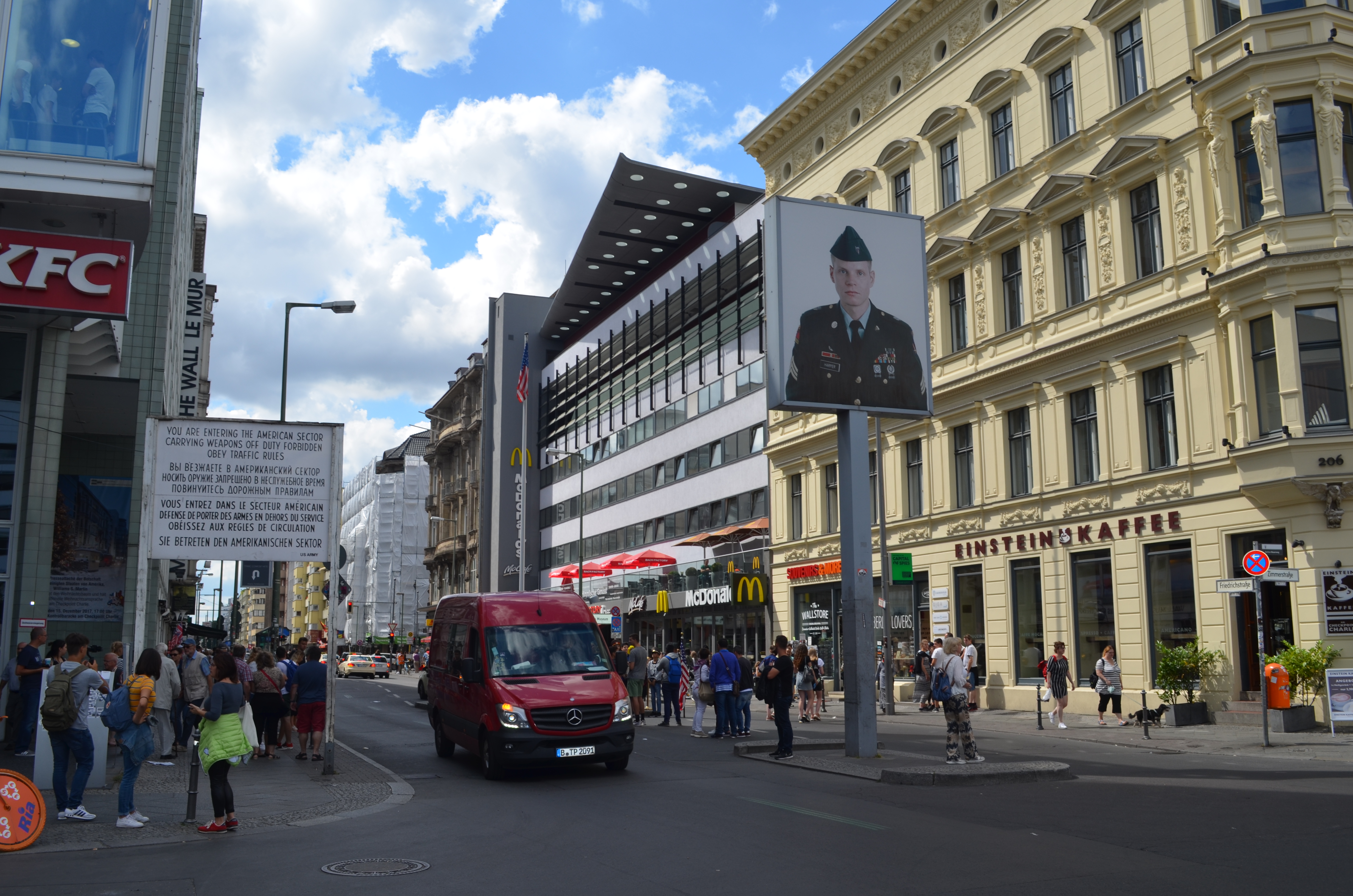